Since 2015 we have been holding raffles at our events to raise money for local charities.  We are thrilled to be supporting such good causes and would like to thank our audiences for their generosity. 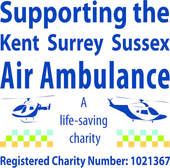 ​We raised a fantastic £250 for Kent Surrey and Sussex Air Ambulance at 'Murder is Academic' in February 2018.

The raffle for Bradbourne Riding for the Disabled Group
was held at our production of 'Murder Inn' in October 2017 and raised a fantastic £302.

At 'Death by Fatal Murder' in June 2017, as part of the Sevenoaks Summer Festival, our raffle raised £280 for Chipstead Lake Cheshire Home.

We donated £200 to Target Ovarian
Cancer raised from the raffle at our
Murder Mystery 'Death by Chocolate'
in April 2017. 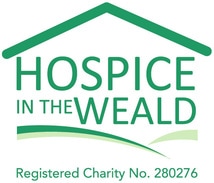 £200 was raised for Alzheimer's Society Kent and Medway at our 'Bitesize Drama, Buffet Dinner' evenings in September 2015.

The raffle for British Heart Foundation was
held in February 2015 at our Murder Mystery 'Don't Shoot' and raised £200.
If you know of any local charity who would benefit from our fundraising, please contact us!